Rome Lives Forever in the Hearts of Travelers 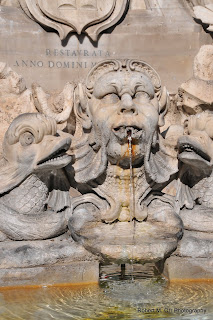 In the Heart of The Eternal City, A Classic Within Reach


It’s not fashionable these days to indulge in luxury. The zeitgeist has made conspicuous consumption unpalatable. But surely a little hard-earned indulgence is permitted, as long as you don’t make it a habit?

My room in the Hotel Hassler in Rome is perfect. It has everything I want in a hotel room. The bed is large, with fat pillows and quality linen. Although the room is smallish, cream colours, high ceilings and classic design make it seem larger. The bathroom is elegant, with marble walls and floor. There is free wireless internet connection and Herald Tribune is at my door in the morning. There is fresh fruit and two tiny pastries perched on a plate on the desk by the window. There are fresh flowers in a clear glass vase. It is quiet, and the air is fresh.
Everything I value in a hotel room is very well done.
But the bonus is the window that opens to a view of the Spanish Steps, the apartments across the way where Keats stayed to write some of his best poetry, and the sun setting over the hills of
Rome. 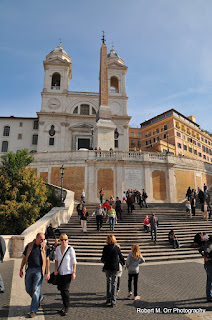 I know that there is merit to staying in small intimate pensions to absorb the local flavour, but there is a definite local flavour at the high end too. This hotel has been the Roman address of so many famous people that it has absorbed some of their glamour. Gregory Peck and Audrey Hepburn waltzed through this lobby on their way to film Roman Holiday. U.S. Presidents John F. Kennedy and Richard Nixon, Pierre Elliot Trudeau (with Margaret), Grace Kelly, and in more recent times, Tom Cruise and Katie Holmes, have used this 5 star hotel as their place to stay in Rome.
The one thing that the lagging euro and the escalating Looney has done is to move some of the classics of European travel out of the stratosphere and into more sensible pricing territory. And that means that an unforgettable trip to Rome, the Eternal city, is now a possibility.
The best is never cheap, but right now, the high end is more affordable than it has been in decades. My single room at the Hassler, which last summer would have cost 550 Euros ($ CAD approx. 880 at the 2009 exchange rate) is now in the 410 euro ($ CAD 514 ) range. Not bargain basement, but you won’t be sleeping in a bargain basement either.
Even more important, if you stay at the Hassler, in the morning you will step out at the top of the Spanish Steps, with the Plaza D’Espania below you, the Via Condotti a few steps away, and the Borghese Gardens a short walk off to the right. The treasures of ancient Rome are within easy reach.
I walked to the Trevi Fountian in less than ten minutes, then along the Via di Muralti to the Temple Adriano, the Pantheon and then the Piazza Navone. In the nearby Campo di Fiori, I searched for the little bakery where my local breadmaker stayed for six weeks to learn how to make Roman pizza. I found, on a small side street, Il Forniao, with six foot slabs of pizza they cut to order. Not Mark’s place, but delicious none the less. Then I headed out along the Corso Vittorio Emanuel, stopping at the Area Sacra to watch the cats that live there. It has become a cat sanctuary, and scores of felines sleep in the sun on top of excavated Roman walls. Next was the Vittorio Emmanuel Monument, then the Coliseum and the Palatine.
The metro took me back to the Spanish Steps at the end of the day, and I spent a few quiet moments enjoying the beauty of the Triniti de Monti Church next to the Hassler before calling it a day.
At the cocktail hour, I met with Roberto Wirth, the handsome owner of the Hassler, whose crisp white shirt, classic tie and pinstripe suit make me feel rumpled. He has a shock of pure white hair and an easy smile. Talking to him, I glimpse a Rome that I am sure few visitors ever get to see. He has hosted memorable characters, and, when he learns I am Canadian, reminisces about Trudeau and how our Prime Minister had entertained many friends in his suite during his stay. Deaf from birth, Roberto nevertheless speaks flawless English and lip reads in four different languages.
Later, enjoying a late dinner at an outdoor cafe just across from the Hassler, I watch Roberto come out of the hotel. The doorman raises his arm and a black Mercedes limo slides up to the door. Roberto salutes his doorman, climbs in and disappears into the dark roman twilight. I imagine him pulling up to some secluded villa in the hills, with another uniformed attendant waiting, perhaps with a glass of champagne on a silver tray - but that is just imagination. 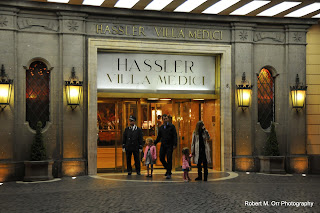 Currencies change, times change, opportunities come and go. There’s talk of the Euro being at par with the US dollar within the next year, which would mean that the treasures of Rome would be even more affordable.
But the opportunity is here now, and my advice is to seize the chance to savour the best of Rome while you can. Who knows which way the currency cat will jump next?