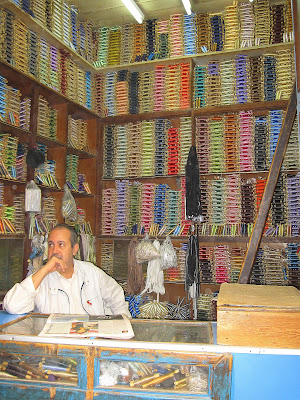 We had been warned so many times that Casablanca is a different port from any European port, - that we should be careful of our belongings, not wear any jewellery, not eat or drink anything while there - that we were a little on edge.
But while the city was not the romantic place I had imagined, neither was it threatening or apparently dangerous. The best part was visiting the suq - narrow alleyways full of stalls selling everything from shoes to live chickens, from dried figs to spices. 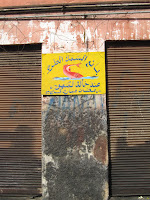 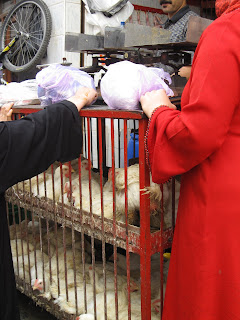 It was noisy, colourful and smelly, full of life and dirt and energy. I would have pent more time there, but our companions were a bit put off by the odours and noise so we toured the other parts of the city. 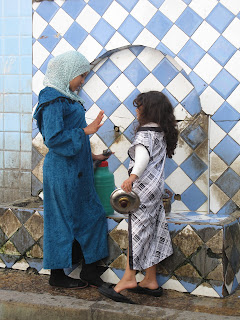 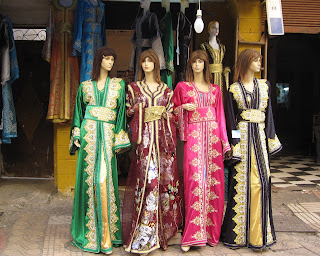 The mosques are impressive, but the city itself has an air of decadence and decay. I’m glad to have seen it, but I don’t think I would make a special trip to go back. 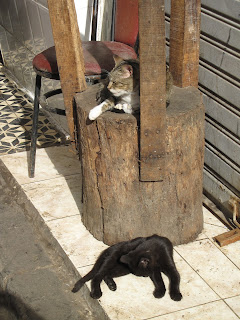 The suq was full of cats! - they were everywhere. One little creature in particular broke my heart. I found this little kitten cowering on a ledge, trembling. It was so little, and one of its eyes was either missing or badly infected. It was obviously doomed. 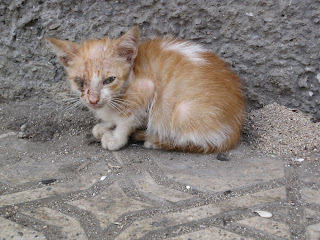 I wanted to sneak it back to the ship and nurse it back to life, but that was impossible. I thought about hiding it in a bag under my sweater, but you have to go through a scanner, and I assume they would find it, and a kitten probably wouldn’t stay quiet either. It would undoubtedly be full of fleas and bugs, too.


So I left it to its fate …. But I can’t stop thinking about the poor thing.
Posted by Unknown at 1:13 PM