Cats Around The World 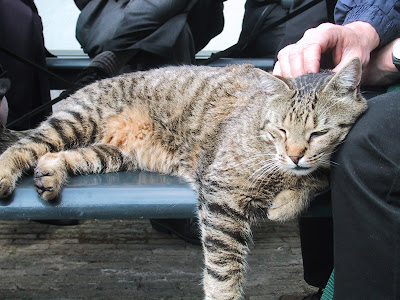 Full disclosure here - I am a cat person, have been forever.  So I notice them when I travel.  Like this lovely tabby above - he was the resident cat in a canal house museum in Amsterdam.(Museum Willet-Holthuysen,)  He was happy to be petted by any visitors to the canal house gardens, purring loudly and cuddling up indiscriminately. He was a pleasant grace note in that historic garden.

And cats seem to be everywhere.  A new study says that cats outnumber dogs as pets, but many of the cats I have seen on my travels have been more like free spirits than somebody's tame kitty.

In the centre of Rome I was astounded to come upon an important archaeological dig of historic ruins that was densely populated with cats. Torre Argentina is home to about 250 feline friends, sheltered amongst the oldest temples in Rome. 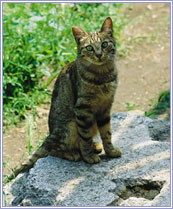 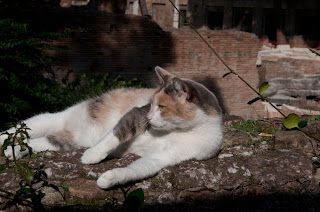 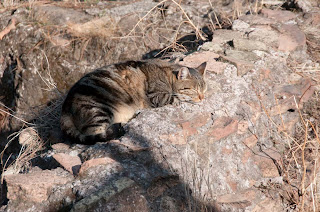 Seven days a week, volunteers from different countries feed, clean and look after them. Visitors can help by donating, or even by adopting one of the cats.  You can watch a video of one of the cats, Eva, being bathed lovingly by the staff at Torre Argentina.  She is a rescued cat who cannot wash herself.  Amazing to see all the cats sunning themselves happily in this historic place in the centre of Rome - it is said to be the place where Julius Caesar was stabbed by his friends, with Brutus dealing the first - "Et Tu, Brute?" - and most painful cut.

In New Zealand, I visited a farm and culinary store, where cats lounged in the sun, greeting visitors with haughty dignity. 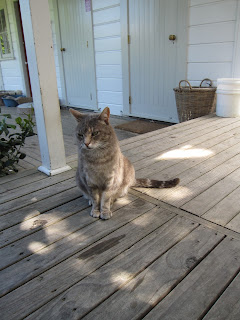 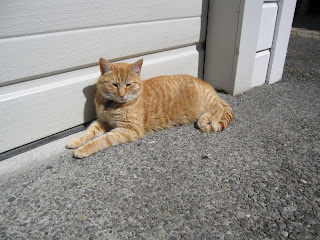 And in Israel, in the ancient ruins of the city of Massada, where I had climbed in the dawn darkness to be on hand to witness the dramatic sunrise over the Dead Sea, this lazy gentleman was there before me, scratching his back on the ancient stones. 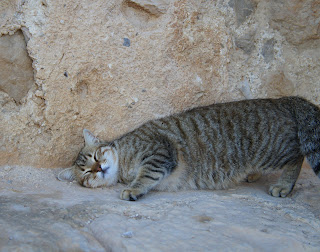 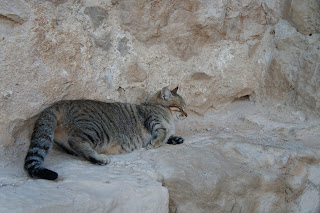 Mexico has its share of cats, and in one of the markets in Puerto Vallarta, I came across a table set up by a group who ran a home for homeless and abandoned cats.  "People drive by and throw kittens over our wall into the garden.  I guess they know we will take care of them." one of the organizers told me. 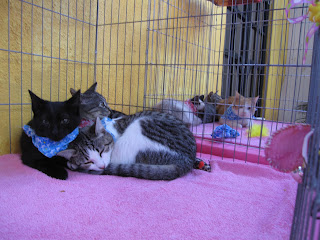 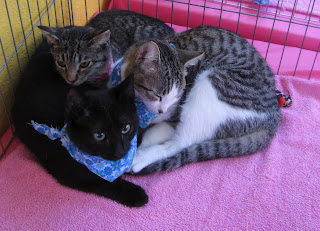 An artsy cat in an art gallery in Jaffa in Israel was intriguing.  I loved his coloured face, part orange, part black. He had the artistic temperment to go with his surroundings, too - aloof but willing to accept any attention. 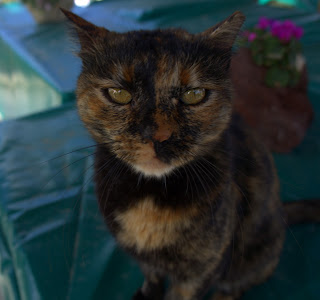 This is a beloved cat from Rochester, since passed on. 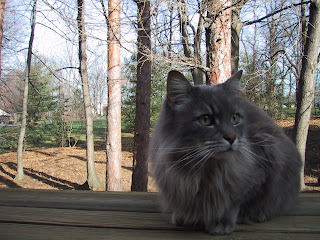 And these are my girls, sisters who usually get along quite well, unless cat treats are involved. 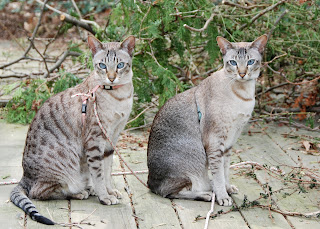 They are allowed to roam in the back garden, but only on a rope, as the ravine harbours coyotes who have killed cats in the past.
It's clear that cats are worldly creatures.  But so are dogs - the next post's subject.